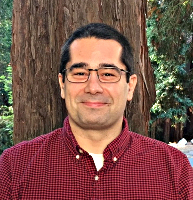 I am a formal semanticist and a computational psycholinguist. The two main questions driving my research are: (i) What is linguistic meaning? (ii) How does the human mind grasp it? I build evidence-based, mathematically and computationally explicit frameworks/theories/systems of natural language meaning (product) and interpretation (process) that try to answer these two questions.

As a formal semanticist, I build competence theories of natural language meaning and interpretation. At this level, the evidence consists of empirical generalizations that are often, but not always, introspection-based. The theories are logical systems whose architecture and range of representations and operations are well suited to capture those generalizations.

As a computational psycholinguist, I build integrated competence-performance theories of natural language processing. The evidence is broader: it includes experimental and corpus data of various kinds, e.g., forced choice tasks, acceptability, self-paced reading, eye-tracking, frequency, cooccurence etc. The frameworks/theories/systems are broader: they include mathematical formalizations and computational implementations of the various components involved in the cognitive processes underlying linguistic behavior, from memory access to visual and motor processes.

My research program is ultimately one and the same, whether it is pursued on the semantics/pragmatics or the psycholinguistics side. Its goal is to understand the place of formal semantics in a broad cognitive architecture (like ACT-R). This endeavor goes back to one of Hans Kamp’s main goals for Discourse Representation Theory, which is to unify

“[t]wo conceptions of meaning [that] have dominated formal semantics of natural language. The first of these sees meaning principally as that which determines conditions of truth. This notion, whose advocates are found mostly among philosophers and logicians, has inspired the disciplines of truth-theoretic and model-theoretic semantics. According to the second conception meaning is, first and foremost, that which a language user grasps when he understands the words he hears or reads. This second conception is implicit in many studies […] which have been concerned to articulate the structure of the representations which speakers construct in response to verbal input.” (Kamp 1981)