You will be creating a game of Rock-Paper-Scissors in program called Scratch. Scratch is a visual programming language created by MIT for the purpose of learning programming. It touches on many of the basic concepts in popular programming languages used today, such as C, C++, Java, and Python.

This assignment will be out of 1000 possible points.

The idea behind creating programs in Scratch is to drag and drop blocks you want to use from the Code blocks window into your Scripts window. There are several menus and windows that are important to understand, and they are illustrated in the image below. Blocks/scripts can be rearranged within the Scripts window by dragging the top block wherever you want (all blocks attached under the top block move as one). A white line appears when inserting a block in-between blocks, letting you know where it'll insert. 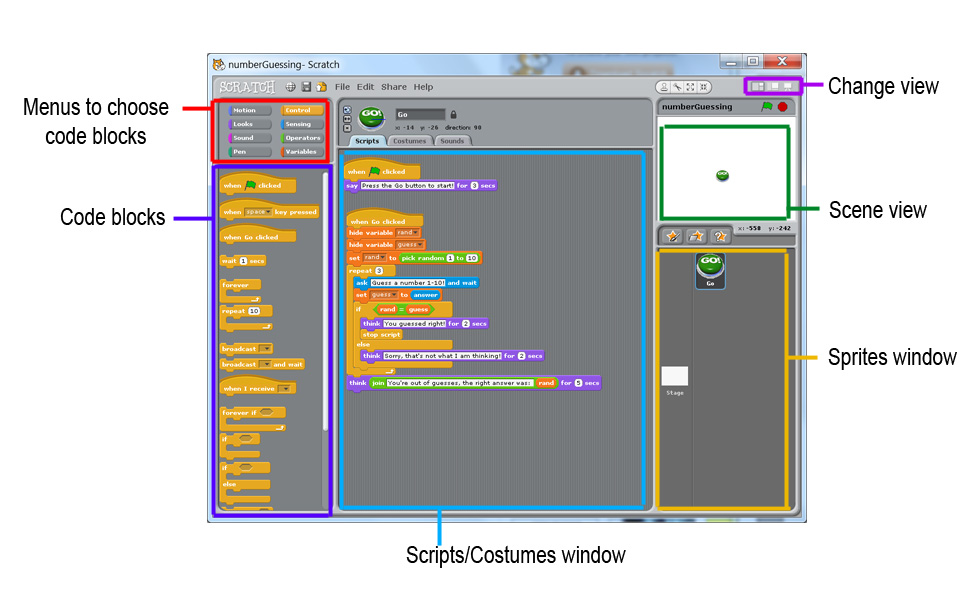 Extra credit (for up to a maximum 100 extra points):

SUBMIT your Scratch file (with any file name) to Canvas under Assignment 4.

Thank you to Daniel Hiranandani for this assignment. Revised by Jeremy Baumgartner, Spring 2014.